The spoils of being a partner at an investment bank 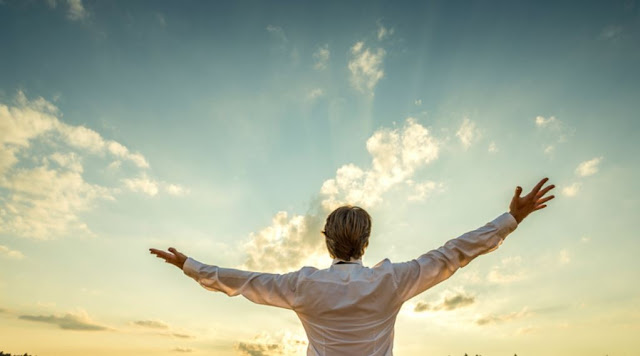 Investment Banking US employment Markets Banks Financials Companies
Print this page38
AUGUST 9, 2018
By: Sujeet Indap
If you are star banker, the move in the last decade has been to hang out your own shingle. A document filed in the legal fight between boutique bank Perella Weinberg Partners (PWP) and a team of dismissed restructuring bankers shows us why.
If you did not read the 2016 FT Big Read, here’s a summary: PWP summarily fired the four bankers on President’s Day 2015, after it said it uncovered a plot by the group to leave and start their own boutique bank, allegedly in violation of their employment agreements. That group denies those charges and has counter-sued, claiming that PWP had marginalised and short-changed the restructuring team and simply wanted to seize the $60m in equity they held.
In their complaint, PWP accuses certain members of the restructuring team of exchanging draft business plans with each other in the weeks before their departure. One court filing contains a spreadsheet that is allegedly a business plan drafted by Adam Verost. At the time Verost was at PWP, where he had worked with restructuring group head Michael Kramer since 1998. This spreadsheet was innocuously titled book2.xlsx, and was sent to the personal email accounts of two junior PWP colleagues, Agnes Tang and Bradley Meyer, in January 2015. The file has three identically structured sheets that each show slightly different business plans for the NewCo.
We will not litigate the merits of the case here, but suggest you read each side’s complaints on the docket. The lawyer representing Kramer and his three co-defendants– which include Verost, but not Tang nor Meyer– declined to comment.
However, the spreadsheet itself is instructive in the simple but potentially lucrative economics of an investment bank:
Start in the top middle “Revenue” section. In year one, NewCo is projected to generate $30m of fees from 6 deals. Below in the “Expenses” section, pre-partner-bonus costs (mostly base salaries for the team) add up to $10.9m. That leaves $19.1m for the partners (which NewCo calls Managing Directors).
Move over to the “Distribution” section in the bottom left. According to this spreadsheet, NewCo will hold back 5 per cent of the $19.1m available to pay bonuses, leaving $18.1m to be distributed to the partners.
The distribution of that $18.1m is determined by two metrics: ownership (10 per cent of the pot) and income (the remaining 90 per cent). A top Wall Street banker who co-founded a successful boutique bank explained to us how that works: the “ownership” proportion reflects how much a partner owns of the business, and what they would be owed if the firm was ever sold, and the “income” proportion is supposed to mirror each partner’s expected economic contribution.
For the ownership proportion, MD1 would own 51 per cent at the outset and maintain control. Note that the business plan shows a scenario in which MDs capitalise the firm with $9m at a pre-money valuation of $50m, per the section called “Additional Investment/PF Income”.
For the income proportion the splits are tighter, with MD1 entitled to just 34.7 per cent.
Under these terms, MD1 would take home nearly $7m from a firm that generated $30m in revenue. What’s the difference in being a partner participating in the profit share and just one level below, at the director rank? The lowest partner here makes $832k while the director makes $750k.
Finally, we get a view of how much this enterprise is worth:
Of course, part of this depends on whether the firm is held privately or taken public. In the private scenario, this business plan expects virtually all the profits will be distributed out at the end of the year. In the “Valuation” section in the top right of the page, retained cash flow is added to the equity distribution and capitalised at 15x, to come up with a value of $41.5m. Kramer then has taken home $6.9m for the year, and has an equity stake worth $22m.
But the business would need to be managed differently if the firm took on investors who were not also employees. Public banks typically aim for an overall compensation ratio of roughly 50 per cent. In this scenario, NewCo targets a hypothetical, stingy 40-per-cent comp ratio, which would lead to a valuation of $132m. Yearly cash compensation for the partners would shrink compared to the private scenario, where the comp ratio would be about 85 per cent. However, the team, in the public scenario, would be owners of an entity with a much larger enterprise value.
Kramer, the three other terminated PWP bankers and four other bankers who quickly resigned from PWP after those terminations all joined forces at a new private firm called Ducera Partners. The ultimate ownership and financial results of Ducera are unknown. But this year it has netted at least $45m of revenue, in a record-breaking fee, from advising Monsanto on its sale to Bayer.
Related links:Perella/Kramer FT Big ReadClients caught in the crossfire when a star banker departs (FT)
Email Post