The hiring and the firing that’s happening now, by bank | eFinancialCareers 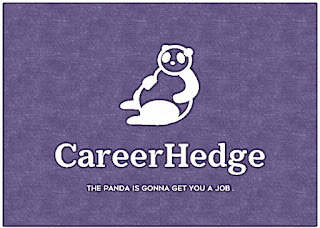 The hiring and the firing that's happening now, by bank

Below we've summarized each bank's stated hiring and firing intentions for the months to come, based on statements made when they released their second quarter results. We've tried to be comprehensive, although banks aren't always entire upfront about imminent layoffs.

Bank of America: Hiring middle market bankers in the U.S.

Bank of America isn't saying much about its hiring intentions in its global banking or global markets businesses, but it issaying that it's hiring bankers to cover middle market clients. There was a "bit of slippage" in BofA's investment banking market share, said CEO Brian Moynihan in the bank's second quarter results call, but Moynihan said this has been resolved by the addition of 50 new middle markets bankers in the U.S. "We're going to be adding more," Moynihan declared - another 50 are coming in the next couple of years.

Barclays: Quietly cutting, no plans to kill the equities business, most likely to hire in Dublin

Barclays cut 3,000 jobs across the bankin the second quarter, although it didn't say where. Reassuringly, CEO Jes Staley said there are no plans for Barclays to follow Deutsche Bank in cutting its equities business. "We are committed to our position in the U.S. and the European capital markets across the equities platform," Staley told investors, reassuringly.

If Barclays hires anywhere in the coming months, it may well be in Dublin, where the bank is building its post-Brexit European centre. By the end of the year, Staley said Barclays is likely to be the biggest bank in the Irish capital.

BNP Paribas is still cutting costs. The French bank wants to make of €1.8bn in savings this year. It made €199m of these in the second quarter, of which 38% came from the investment bank (the biggest area of cuts). Although BNP doesn't explicitly say so, the implication is that there will be even more cuts as the bank pursues its 'industrialization' agenda, which is 'intensifying.' – In other words, if your BNP job can be done by a machine, a machine will be doing it soon.

At the same time, however, BNP is spending.  It's still investing in strengthening its controls, which might imply more compliance jobs. And it's attempting to buy Deutsche Bank's prime brokerage and electronic execution businesses - so there's unlikely to be any hiring in these areas for the forseeable future.

Citi is among the banks making job cuts. Following a miserable second quarter, the bank is dismissing around 400 people from its sales and trading division as it tries to cut $600m annually in costs. Equities salespeople and traders are being chopped after equities revenues declined 24% year-on-year. So too are U.S. high yield debt researchers, whose entire team is being disbanded as of this week.

There are some growth areas too, though. Across the bank, Citi is investing in technology and data capabilities as its seeks to automate entire processes. Senior bankers are also on the shopping list: Citi said in July that it wants bankers to work on its healthcare and technology teams.

In theory, Credit Suisse is done with cost cutting in its global markets business. When the bank announced its second quarter results last month, CEO Tidjane Thiam reiterated his claim that the "deep restructuring" of global markets is over. There should, then, be no more cuts coming soon.

However, there may not be much hiring either. Business Insider says Credit Suisse has a hiring freeze for traders and research analysts, although the bank is strenuously denying this.

If Credit Suisse is hiring anyone, it's likely to be relationship managers - Thiam reiterated the bank's investment in RMs in the second quarter investor call.

Needless to say, you don't want to be working in cash equities trading for Deutsche Bank at this moment. The German bank is making 18,000 redundancies and equities jobs are on the frontline as it "optimizes" the parameter (DB speak for cutting whole businesses). Fixed income is also being "resized' according to Deutsche's strategy presentation, with rates in particular being wound down. Redundancies are likely to go on for a while. - In the second quarter, 900 employees in the investment bank were informed that their jobs had been eliminated and CEO Christian Sewing said there will be a "further continuous reduction" in the workforce during the rest of 2019.

Deutsche isn't just firing though. - There is also hiring. The bank keeps recruiting teams of wealth managers as it builds its global wealth management business. Deutsche has also been making what Sewing described as "strategic hires" in its advisory and origination business, with Financial News suggesting it could add 100 jobs in these areas as it seeks to maintain its presence. Technology hiring is also likely after the appointment of Neil Pawar as chief information officer and the promise to spend an extra €13bn on tech.

There's not much new news from Goldman Sachs, where big developments are on hold until the bank's strategic review is finished sometime later this year. We do know, however, that the bank is focused on developing "platforms" for its securities business, which CFO Stephen Scherr says will result in "less human capital" and lower compensation costs (ie fewer jobs). As part of this, Goldman is going all out to revamp its electronic equities business with a project called Atlas, which is sucking in more quantitative researchers and algo writers.

For anyone who wants to work for Goldman Sachs and save the world, Goldman also has a new sustainable finance group, which is hiring.

J.P. Morgan didn't say much about hiring at the time of its second quarter results, but the bank says it wants to recruit 75 bankers in London before the end of this year as it tries to expand its coverage of European clients.

Morgan Stanley: No mention of hiring, no mention of firing. Possible recruitment in rates trading

Morgan Stanley also didn't say a whole lot about recruitment or redundancies in its second quarter results. However, the bank quietly hired a rates trader from Goldman in July and recruiters say the London rates desk is likely to see more hires in the coming months after a spate of departures.

UBS is in a state of stasis much like Goldman Sachs. CEO Sergio Ermotti saidthe bank is looking for ways, "to evolve and adapt" its "business model." The bank is conducting a review, the outcome to which will be an "evolution" not a "revolution," due to be announced sometime later this year.

In the meantime, Ermotti said UBS is pursuing, "strategic and tactical cost reductions," and yet costs in the investment bank rose 3% in the second quarter, driven by technology and personnel costs. Technology jobs are being "insourced", which is usually a euphemism for compelling contractors become employees.

Bear with us if you leave a comment at the bottom of this article: all our comments are moderated by human beings. Sometimes these humans might be asleep, or away from their desks, so it may take a while for your comment to appear. Eventually it will – unless it's offensive or libelous (in which case it won't.)

eFinancialCareers is a DHI service
© 2019. All rights reserved.