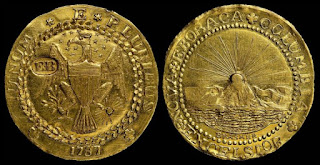 US expert network Guidepoint has expanded its international footprint with an office launch in Dubai – its first in the Middle East region.

Billing themselves as the 'experts at finding expertise', New York-based advisory matchmaking network Guidepoint has launched a new office in Dubai – the firm's 11th location worldwide and first in the Middle East. According to a press release, the new full-service UAE office was established to better cater to a rapidly-growing client base throughout the Middle East and Africa.

"Our new office allows us to further solidify our 24/7 service model, particularly for clients in the Middle East with a Sunday-Thursday work week. With local support teams, we will enhance our response time and provide quality high-touch service," said Guidepoint Head of Middle East Bilal Sabouni. "I'm deeply honoured and excited to be part of this exciting organisation's growth story."

Connecting clients with vetted subject matter experts through phone consultations, surveys, events and proprietary data insights among other services, Guidepoint according to the firm counts nine out ten of the world's leading consulting firms as among its multinational client list, as well as some of the largest hedge funds, private equity firms, and Fortune-ranked companies.

Adding to locations in the US, Europe and Asia, the new MENA branch is located at the still growing Dubai International Financial Centre (DIFC), and will house senior project managers, experienced researchers and business development professionals – with nearly a quarter of Guidepoint's more than a half a million registered advisors located in the EMEA region.

"Dubai was the logical next step for us in our continued global expansion," said Guidepoint CEO Albert Sebag, who founded the firm in 2003.  "Over the last few years, we have had successful international growth by opening new offices in Seoul, Dusseldorf, and Tokyo; and moving to larger premises in San Francisco and Boston to accommodate our rapidly expanding teams."

According to Guidepoint, in addition to its own 600-strong headcount, the platform's network of expertise covers 150 industries, with large numbers of professional advisors from the Healthcare, Energy & Industrials, Consumer Goods & Services, Technology, Media and Telecom (TMT), and Financial & Business Services sectors among others. The firm also sources experts on-demand.

Albeit operating under various models, the consultancy 'matchmaking' scene has exploded in recent times, touted as a win-win for both advisors and clients. European player Comatch has for example expanded rapidly since its 2015 founding (by two former McKinsey consultants), while former PwC and Protiviti consultant Varun Malik launched the Dubai-based version Konsälidön in 2017.

|The author of this blog post can be reached by sending an email message to es@careerhedgenightlynewsletter.com|